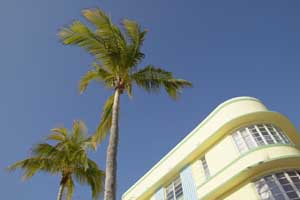 An exclusive interview on “10 years of international arbitration in Latin America” and an analysis of arbitration in world sport, are just two of the treats lined up for participants at the 10th ICC Annual Miami Conference on November 11-13.

The event, held under the theme “International Arbitration in Latin America, the ICC Perspective: Revisiting the Basics,” is expected to attract some 400 lawyers, corporate counsel, arbitrators, mediators, and academics from across Latin America and the Caribbean. Discussions will be in English, Portuguese and Spanish.

To commemorate the conference’s 10th anniversary, Horacio Grigera Naon (Argentina), Luiz Olavo Baptista (Brazil), Claus von Wobeser (Mexico) and Bernardo Cremades (Spain), four of the most renowned and influential experts in Latin America, will be interviewed about international arbitration in the region over the last decade. The interview will be conducted by journalist and writer Carlos Alberto Montaner.

“We expect ICC’s 10th Miami Conference to be a fascinating forum and a chance to get down to the fundamentals of what has and hasn’t worked over the past decade in international arbitration, particularly in the Latin American region,” said Andrea Carlevaris, secretary general of the ICC International Court of Arbitration. “The event has become one of the most important annual gatherings for the Latin American arbitration community and one of the most important arbitration events more generally.

With Brazil set to host the FIFA World Cup in 2014 and Olympic Games in 2016, the conference will also feature a special session on arbitration in world sport entitled, ICC Arbitration Special: The World Cup and Olympics coming to Latin America, on 11 November. Panelists will draw on experiences from the 2012 Olympics and discuss the legal challenges of organizing worldwide sports events, considering the role of arbitration in resolving related disputes.

This entry was posted in Arbitration. Bookmark the permalink.
Modified on November 13, 2017
Posted on October 25, 2012