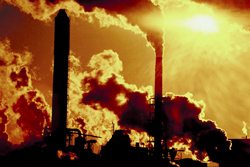 New York, N.Y., January 25, 2008 – Are efforts to limit greenhouse gas emissions under agreements like the Kyoto Protocol compatible with World Trade Organization rules?  As Congress and many European policy makers weigh the imposition of “green” border taxes to punish more carbon-intensive products from abroad, a new report by a leading industry group raises troubling questions about WTO rules and jurisprudence  and their possible application to climate policy.

The study by the United States Council for International Business (USCIB) looks specifically at the issue of whether countries might decide the U.S. has an unfair trade advantage as the result of its decision not to adhere to the Kyoto Protocol.  It is an update of a 2002 paper issued soon after the Bush administration announced its intention not to sign  the Kyoto agreement.

“When we published our original paper six years ago, the issue was largely speculative,” said Timothy E. Deal, USCIB’s senior vice president and the author of the study.  “Back then it was mainly NGOs like Greenpeace and Friends of the Earth Europe that were pushing for a climate border tax as a way to punish the U.S. and other non-Kyoto signatories.  Now we have politicians on both sides of the Atlantic talking more openly about some form of carbon tax regime.”

Two separate bills currently before the U.S. Senate would combine a national cap-and-trade system for reducing carbon emissions with fees or taxes on imports from countries that do not adequately limit such emissions.  Meanwhile, the European Commission has floated the same idea in proposing a new European emissions regime.  Last October, French President Nicolas Sarkozy publicly urged the EU to “examine the option of taxing products from countries that do not respect the Kyoto Protocol.”

The USCIB study looks at pre-existing GATT/WTO jurisprudence on trade and environment, as well as key WTO rulings such as the 1998 Shrimp-Turtle decision.  According to Mr. Deal, that landmark ruling may have opened the door for the use of trade measures to promote environmental objectives based on the way a product is made.

“This issue could cause an absolute train wreck to the multilateral trading system,” said Mr. Deal.    “Clarification of the relationship between multilateral environment agreements and international trade rules, as called for in the WTO’s Doha Development Agenda, may be necessary to avert such a clash.”

USCIB study: “WTO Rules and Procedures and Their Implication for the Kyoto Protocol”