Thanks to everyone who came out to celebrate global trade and investment at our 2014 award gala in honor of World Trade Organization Director General Roberto Azevedo. If you missed the event – or if you were there and want to relive some of the highlights – here are links to some of the key moments and personalities in a great night for trade! 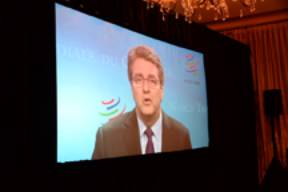 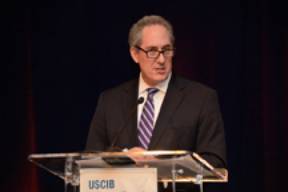 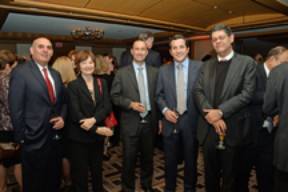 Check Out the Event Summary 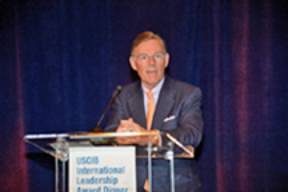 View Photos of the Gala

Last year was a watershed moment for global trade, as World Trade Organization members concluded a long-awaited global agreement on trade facilitation at their Bali Ministerial. USCIB honored the primary architect of the agreement, WTO Director General Roberto Azevêdo, at our 2014 International Leadership Award Dinner, held for the first time ever in our nation’s capital.

Director General Azevêdo is the first public-sector official to be honored with USCIB’s International Leadership Award, which recognizes outstanding contributions to world trade and investment and for improving the competitive climate for U.S. business. This year’s award gala coincides with a meeting in Washington, D.C. of the International Chamber of Commerce’s Executive Board, chaired by USCIB Chairman Terry McGraw, whose members will be among our special guests at the dinner gala.

The atmosphere was warm and celebratory at the Four Seasons on November 19 as over 240 guests congratulated Azevedo over cocktails and dinner. United States Trade Representative Michael Froman gave special remarks in which he commended USCIB for its support of President Obama’s ambitious trade agenda.

With many thanks to our sponsors for their generous support.

This entry was posted in Communication Department, Latest from USCIB, Media Coverage. Bookmark the permalink.
Modified on May 9, 2016
Posted on January 1, 2015