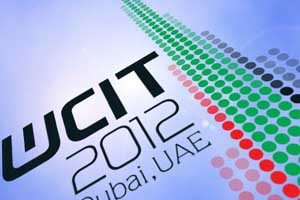 On February 5, USCIB members took part as the House Energy and Commerce Committee hosted a joint committee hearing on “Fighting for Internet Freedom: Dubai and Beyond.” The hearings focused on developments at last December’s World Conference on International Telecommunications (WCIT), which saw a split over a proposed treaty that some, including the United States and a number of other countries, saw as sanctioning greater government involvement in the management of the global Internet.

At the hearings, all House members present expressed support for the U.S. government’s decision not to sign the WCIT treaty because it included provisions that would subject the Internet to international regulation, according to Barbara Wanner, USCIB’s vice president for information, communications and technology (ICT) policy.

“There were bipartisan expressions of support for a draft bill that would affirm U.S. policy as supporting an Internet that is ‘stable, secure, and free of government control,’ and governed through a multi-stakeholder model involving dialogue on Internet policy among government, business, civil society, academia, and the technical community,” Wanner said. The bill has not yet been formally introduced, with Congressional staff seeking to secure as many principal sponsors and co-sponsors from both parties as possible.

All of the witnesses, which included Ambassador David Gross, chair of USCIB’s ICT Policy Committee and a partner at Wiley Rein LLP, said the proposed legislation would serve as a powerful statement of U.S. commitment to policies aimed at ensuring that the Internet does not come under the purview of international regulations. The witnesses, all of whom participated in the WCIT, said that last year’s bipartisan support in Congress for a non-binding resolution supporting an Internet unregulated by inter-governmental agencies had a substantial impact on treaty negotiations, according to Wanner. Countries understood the U.S. negotiating posture and ultimately why the U.S. could not sign the WCIT treaty, since it so clearly flew in the face of principles supported by the Congress.

Wanner said the witnesses underscored that those seeking to subject Internet governance to international regulations would use the upcoming World Telecommunications Policy Forum and World Summit on the Information Society forum, to be held this May in Geneva, to try to build momentum in favor of expanding the role of the International Telecommunications Union (ITU) in Internet governance at November’s ITU Plenipotentiary Conference in Busan, South Korea. The so-called ITU Plenipot, held every four years, is the top policy-making body of the ITU.

In his testimony, which he delivered in his personal capacity as the former top U.S. official on global Internet policy, Ambassador Gross outlined funding problems faced by the Internet Governance Forum (IGF), which for the past seven years has served as the principal venue for multi-stakeholder dialogue on Internet policy and governance. He proposed that if the U.S. government’s goal is to ensure continued multi-stakeholder governance of the Internet, then the United States needs to join business and other governments in providing financial support to the IGF.

Sally Shipman Wentworth, senior manager with the Internet Society, concurred that the IGF warrants greater support because it plays an invaluable role in helping to build not only technical capacity but also “human capacity” in developing countries. The IGF needs more plentiful and stable funding to enable outreach and engagement to developing countries who may prove invaluable allies as the debate on Internet governance ratchets up in the events leading up to the 2014 ITU Plentipot, Wentworth suggested.

In addition to Gross and Wentworth, witnesses included FCC Commissioner Robert McDowell, Harold Feld, senior vice president with Public Knowledge, and Bitange Ndemo, permanent secretary in the Kenyan information and communications ministry, who, befitting the occasion, participated via the Internet.

All formal testimony presented at the hearing is available by clicking here.

This entry was posted in Competitiveness and Innovation and tagged Information Communications and Technology.
Modified on January 30, 2015
Posted on February 11, 2013