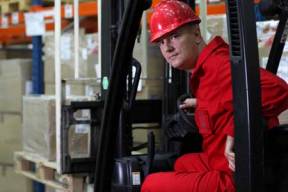 The G20 Employment Taskforce met today at the International Labor Organization to reflect on the expectations of labor and employment ministers and government sherpas in the run up to the handover of the G20 Presidency to Turkey on December 1.  Ronnie Goldberg, USCIB’s senior counsel, is participating in the taskforce.

Funes reiterated the longstanding employers’ call for structural reforms to many G20 labor markets, as well as the ongoing need to bridge the skills gap. These are “fundamental” to getting people back to work and overcoming the barriers to hiring.

“The B20 Human Capital Taskforce calls on governments to remove the barriers to offering diverse forms of employment,” said Funes. He went on to remind attendees that, despite a commitment by the G20 to embrace multiple forms of work, monitoring by the IOE and BIAC had revealed that eight G20 countries failed to take initiatives to fulfill this commitment, and four countries had restricted recourse to flexible forms of work. Disappointingly for business, the September labor ministerial in Melbourne had not renewed the earlier commitment.

When it came to the skills gap, the UK was cited for its successful reforms to the apprenticeship system, but there is “still a long way to go in some countries”. Funes recalled the work being done by the IOE-BIAC-initiated Global Apprenticeships Network (GAN) which provides a unique platform for businesses to share best practices on work-readiness programs that address both the skills mismatch and the youth unemployment crisis.

Looking forward to the Turkish presidency, Kiresepi called for a renewed focus on job by promoting an enabling environment for business, and particularly SMEs. He also welcomed his government’s proposal to include the demographic challenge on the agenda, which he likened to “a ticking time bomb”, threatening to jeopardize growth and employment if not properly addressed – including through “effective labor mobility policies.”

This entry was posted in Business In Society, Latest from USCIB and tagged Corporate Responsibility and Labor Affairs.
Posted on November 4, 2014