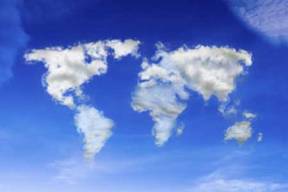 Governments meeting in Bonn on climate change continue to face contentious issues in the context of new, game-changing energy options, economic challenges in Europe and the emerging influence of the BRICs countries.

Disagreements about UN decision-making rules will further complicate the negotiations, adding to the tough choices ahead for the next high-level climate meeting in Warsaw in November, which UN Secretary General Ban Ki-moon will attend. The current agreement has been plagued by volatility in carbon markets, inflexibility on technological options and only partial coverage of emitting countries.

USCIB members – including Arkema, Dupont, GE and Qualcomm – have been on hand over the last two weeks, consulting with government delegations, UN representatives and other non-governmental organizations, making the case for a durable, flexible agreement that recognizes business as an important partner, and delivers policy and market clarity for climate and energy.

“U.S. companies are already addressing climate change risks in many institutional, regulatory and market settings, domestically and internationally,” according to Norine Kennedy, USCIB’s vice president for strategic international engagement, energy and environment. “So we encourage governments to lay the foundation in Warsaw for an international framework that works in harmony and synergy with existing structures for trade, investment and intellectual property rights protection, rather than in opposition.”

Working with and helping to support the International Chamber of Commerce delegation in Bonn, Kennedy delivered business statements to the incoming Polish chairmanship of the climate discussions, and to the Norwegian and Indian co-chairs of the post-2020 agreement negotiating track.

The UN climate change regime aims to develop a more inclusive and ambitious post-2020 agreement by 2015. Many developing country governments are reluctant to adopt greenhouse gas emissions commitments, without the delivery of financial and technical support from developed countries. Consequently, governments in Bonn are keen to mobilize private-sector financial resources toward the $100 billion per year commitment made by the U.S. and other OECD countries to assist developing countries with climate challenges.

USCIB has recently secured accreditation to the UN climate agreement’s Green Climate Fund, to provide business recommendations to this new entity for the enabling conditions to catalyze private-sector resources. USCIB is emphasizing quality as well as quantity of investment and aid, via cost-effective and prioritized projects and the deployment of new technologies for efficiency, adaptation and greenhouse gas reduction.

USCIB has also worked through the Major Economies Business Forum (BizMEF) to argue for meaningful and recognized engagement opportunities for business in the UN climate process, modeled on the consultative relationship between BIAC and OECD. “Business input and advice is indispensable to well informed choices by policymakers on the technologies and investments that the new agreement will depend on,” Kennedy said.

Next year’s release of the Intergovernmental Panel on Climate Change’s Fifth Scientific Assessment Report will certainly intensify government and business focus on the international climate process. After a UN climate change summit for heads of state in New York in September 2014, Peru will host ministerial-level climate meetings in December. USCIB will remain closely involved, attending international meetings and conveying member views to the U.S. negotiating team, and ultimately seeing the completion of the new agreement through to its resolution at a summit in Paris in 2015.

This entry was posted in Business In Society, News Stories, Sustainable Development and tagged Environment.
Modified on January 27, 2015
Posted on June 13, 2013