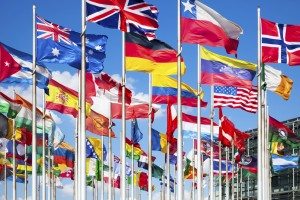 Promoting robust trade and investment is a key focus of the B20 2016 policy recommendations to the G20 summit, which will take place in Hangzhou, China on September 3 and 4. Business recommendations include improving the global investment environment, strengthening the multilateral system and rolling back protectionist measures. USCIB and several of its members contributed to the recommendations. According to Rob Mulligan, USCIB’s senior vice president for policy and government affairs, G20 governments can take one easy step to boost growth.

“The upcoming summit is an important opportunity for the G20 to push for the ratification of the World Trade Organization’s Trade Facilitation Agreement by the end of this year,” Mulligan said. Once implemented, the TFA has the potential to increase global exports by up to $1 trillion per year, according to the WTO’s World Trade Report.

The International Chamber of Commerce (ICC) also published a set of business recommendations for sustained economic growth ahead of the G20 summit.

Additionally, President Obama will promote the Trans-Pacific Partnership (TPP) during his upcoming trip to China and Laos in early September, according to a White House statement released on August 18. As part of Obama’s Asia trip, he will attend the G20 summit and use use the visit as an opportunity to discuss a wide range of global and regional issues, including adoption of TPP.

“This visit also will support the President’s efforts to expand opportunities for American businesses and workers to sell their products in some of the world’s fastest-growing markets,” the White House said in a statement. “Central to this effort is the Trans-Pacific Partnership, the high-standards trade agreement that will unlock key markets to American exports and cement America’s economic leadership in the Asia-Pacific.”

Obama’s push for TPP comes at a time of growing skepticism that the trade agreement will be approved before election day in November. Both Republican and Democratic nominees for president oppose the agreement.

This entry was posted in Growth, Jobs and Open Markets, News Stories and tagged China, Trade and Investment.
Posted on August 29, 2016