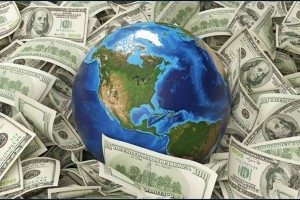 USCIB joined 14 other business associations urging Congress to approve the Export-Import (Ex-Im) Bank’s quorum requirement so that it may again review transactions over $10 million.

“While the Ex-Im Bank is back in operation and accepting new applications, it is prohibited from approving significant transactions because of the lack of a quorum on the Bank’s Board of Directors,” the business group wrote in a letter sent to Congressional leaders on September 12. “As a result, manufacturers and other exporters throughout the United States are at a significant disadvantage to global competitors who are aggressively supported by their own governments’ export credit agencies.”

The business associations argued that a fully operational bank would support millions of U.S. jobs by enabling companies to compete more successfully in the global economy. USCIB and others noted that the Bank is a vital tool in leveling the global playing field, helping American businesses secure new customers, particularly in emerging markets.

“With every passing day, businesses from the United States are missing out on new business opportunities overseas, to the detriment of local economies and American jobs. Congress can and must act swiftly,” USCIB and others wrote. “As associations representing millions of businesses throughout the United States, we urge you to move forward legislation as part of the Continuing Resolution that will enable Ex-Im to consider and act on all transactions immediately to boost America’s ability to compete globally.”

This entry was posted in Growth, Jobs and Open Markets, News Stories and tagged Banking, Trade and Investment.
Posted on September 15, 2016