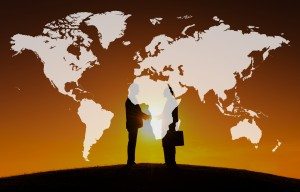 The tenth installment of the International Chamber of Commerce’s (ICC) World Chambers Congress (WCC) concluded last week in Sydney, Australia, which brought together over 1,200 delegates from across the globe to discuss challenges impacting the business and chamber communities and to exchange knowledge and expertise while promoting result-oriented innovation. In an ever-changing business climate, the Congress addresses and examines today’s most significant global issues.

USCIB’s Senior Vice President for ATA Carnet and Trade Services Andy Shiles attended the ATA Carnet global management meetings held during the WCC. A major outcome of these meetings was China’s announcement of an expansion of goods under their Carnet to include professional equipment and commercial samples. While China has yet to announce when they will implement this expansion, Shiles believes this will have a positive impact on U.S. trade.

“China’s Carnet expansion is a huge step in the right direction and will certainly minimize the United States’ trade deficit with China,” said Shiles. “We are living in exciting times of ATA Carnet, but we need to continue making progress.”

Shiles also reported that commitment for the development of joint projects to benefit the ATA Carnet have been outstanding, with excellent progress being made with Australia, Brazil, India, Indonesia and Poland.

Additionally, the meetings deliberated on the e-carnet development project, which is on track to begin a pilot in the latter half of 2018.

“I’m expecting great things for U.S. carnet development,” concluded Shiles. “2018 will be a historic year for the Carnet.”

If any U.S. companies have interest in getting exposure to their goods in the Chinese market, kindly contact Andrew Shiles.