The workshop presented a draft USCIB report on Business Engagement in Implementation of National Pledges under the Paris Agreement.

Participants discussed what will be necessary to mobilize business action, investment and innovation to advance national and global actions toward the Paris Agreement. 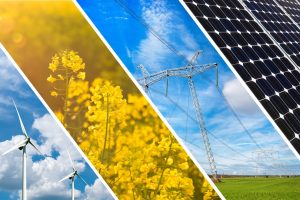 The Major Economies Business Forum (BizMEF), of which USCIB is a leading member, joined forces with the Business and Industry Advisory Committee to the OECD (Business at OECD) to convene a day long workshop at the OECD Conference Center on October 10 in Paris. The objective of the meeting was to present a draft USCIB report on Business Engagement in Implementation of National Pledges under the Paris Agreement, and to discuss what will be necessary to mobilize business action, investment and innovation to advance national and global actions toward the UN Framework Convention on Climate Change (UNFCCC) and its Paris Agreement.

This event was organized on the margins of the OECD Climate Change Experts Group meetings on October 8-9 and included key players from the OECD and the UN Climate Change Negotiations:

Opening the meeting, Secretary General of Business at OECD Russel Mills stated that as key implementation details of the Paris Agreement are completed, business is looking for “smart rules that would animate business expertise and enthusiasm.”  Business representatives from Japan, Morocco, the Netherlands, France, the UK, Sweden, and others provided examples of public-private partnerships to advance, assess and improve national pledges under the Paris Agreement.

Professor Henry D. Jacoby, of the MIT Joint Program on the Science and Policy of Global Change, Sloan School of Management, reflected on the unique ability of business to connect near-term pragmatic action to long term objectives and planning inherent in the multi-decadal efforts needed to address climate change.  “Doing otherwise,” he said, “risks not only stranded assets, but stranded communities and economies.”

At the end of the session, USCIB Vice President for Strategic International Engagement, Energy and Environment Norine Kennedy presented a BizMEF proposal for an inclusive and recognized platform for business to be introduced in the UN climate change agreement.  This platform could be similar to the Global Business Platform in the Convention on Biological Diversity, organized on national and regional focal points to involve companies of all sectors, sizes and nationalities, with the mandate to respond to government requests for information or input, and to offer both implementation and policy advice to the UNFCCC process.

“We need an all hands on deck approach to climate policy design, innovation deployment, infrastructure investment and action to deliver current national pledges,” emphasized Kennedy.  “Bringing business to the table in an ongoing and mutually beneficial working relationship, linked between national and global levels, will be indispensable to growing prosperity, energy access and security and resilient solutions to climate change.”

Over 50 participants from governments, academia, the UN and business joined the discussion, which also considered the recently announced IPCC Special Report on 1.5 Degrees C.  This landmark report found that limiting an increase in global temperatures to no more than 1.5 degrees from pre-industrial levels was possible, but would require unprecedented actions.  Parties to the UNFCCC and Paris Agreement have pledged to keep global temperature change to no more than 2 degrees C, yet there is growing political pressure in the UN climate negotiations to agree a more stringent target of 1.5 degrees.

The USCIB Report will be finalized to reflect the October 10 workshop discussions, and presented at the UN Climate Change Conference of Parties, from December 2 – 14 in Poland.