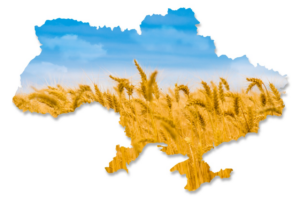 According to USCIB Senior Vice President for Regulation, Innovation and Trade Brian Lowry, the focus in the United States last week shifted from sanctioning Russia toward urgently addressing global food insecurity caused by the war in Ukraine.

U.S. Secretary of State Antony Blinken convened a high-level UN Global Food Security Ministerial Meeting on May 18, bringing together approximately thirty-five countries to discuss ways to stave off global food shortages linked to the conflict in Ukraine, which is potentially impacting forty million people, according to the World Bank. The U.S. issued a fact sheet calling for Days of Action on Global Food Security and Blinken provided a statement outlining objectives for the ministerial meeting. Ministers ultimately produced a Roadmap for Global Food Security-Call to Action, a commitment to act urgently to address global food security and nutritional needs as well as strengthen resilient and “inclusive” food systems in line the objectives of the UN 2030 Agenda for Sustainable Development and its Sustainable Development Goals and the 2021 UN Food Systems Summit.

The G7 joined the World Bank Group to announce on May 19 the launch of the Global Alliance for Food Security to support work on food security at the UN and other international institutions.  The Alliance will leverage existing institutions and programs to develop a short-term response to shortages in food, fertilizer, and fuel and work together to remove trade barriers and provide the support needed to alleviate the negative impacts of the war.

The International Chamber of Commerce (ICC) of which USCIB is unique affiliate, called on G7 governments on May 19 to spearhead efforts to provide logistical supports – humanitarian sea corridors, rail and road land routes – sanctions carve-outs, and risk guarantees to restore trade in Ukrainian grains and vegetable oils and Russian fertilizers. Ukraine and Russia had been major exporters of wheat, sunflower oil and fertilizers, creating a trade a gap today that cannot be readily filled. This is consistent with recent messaging from UN Secretary General António Guterres to reopen the Black Sea to agricultural shipments from Ukraine.

Similarly, the G7 Finance Ministers and Central Bank Governor’s released a communique May 20 expressing support for Ukraine and a commitment to help close short-term financing gaps and ensure its macro-economic stability. They pledged continued coordinated action to isolate Russia and Belarus from the global economy through economic and financial sanctions, to prevent sanctions evasion and backfilling and to support the ongoing work of the Russian Elites, Proxies and Oligarchs Task Force.

According to USCIB, there is no doubt that additional sanctions are in the offing, as the G7 Foreign Ministers released a statement May 14 affirming continued coordinated actions against Russia and in support of Ukraine. They pledged to continue working together to pressure Russia with future economic and financial restrictions on sectors that Russia depends on, and by imposing penalties on Russian elites, institutions and military. In fact, the United States has already resumed punitive actions this week.