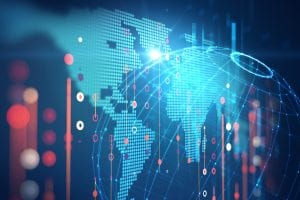 USCIB Senior Director, Investment, Trade and Financial Services Eva Hampl spoke on a panel entitled Trade & Tariffs – Today & Tomorrow at the annual MLP & Energy Infrastructure Conference (MEIC 2019) in Las Vegas last week. The panel, which also included Colin Bird from the Embassy of Canada and Karen Antebi from the Embassy of Mexico, provided a macro perspective on current trade issues. The discussion focused on various issues surrounding China, the importance of the U.S. trade relationship with Mexico and Canada, including the U.S. Mexico Canada Trade Agreement (USMCA),and other trade issues.

According to Hampl, the timing was fortuitous with a lot of activity in the trade policy space. “One of the positive developments included the U.S. administration’s announcement that they would be removing Section 232 steel and aluminum tariffs currently imposed on Mexico and Canada, removing one of the remaining obstacles to Congressional approval of USMCA,” said Hampl.

“Unfortunately, as one set of tariffs was removed, the tariffs under Section 301 against China were escalated,” she added.

Earlier this month, USCIB issued a statement urging the Administration to refrain from continuing to escalate the trade fight with China.