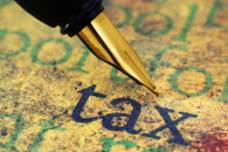 The International Chamber of Commerce (ICC) has expressed concern that the Organization for Economic Co-operation and Development (OECD) Action Plan on combating Base Erosion and Profit Shifting (“BEPS”), mandated by the G20, may inadvertently incur severe collateral damage on compliant taxpaying companies of all sizes as a result of well-meaning measures undertaken unilaterally by states to mitigate double-non-taxation.

While ICC fully supports the BEPS Action Plan and actively engages with the OECD and the UN on the issues at hand, concern was raised during back-to-back meetings with the United Nations (UN) Committee on International Cooperation in Tax Matters at UN Headquarters in Geneva last week.

Stressing that taxation systems should be sound and stable – to encourage transparency, efficiency and predictability and to incentivize long-term investment, job creation and economic growth – ICC advises governments and policymakers to take the following into consideration:

ICC strongly opposes tax fraud and tax evasion but warns that it is crucial to distinguish these illegal activities from the use of lawful methods of tax planning and tax management, provided they are aligned with commercial and economic activities.

This entry was posted in Competitiveness and Innovation, Growth, Jobs and Open Markets, Latest from USCIB and tagged Taxation.
Modified on November 17, 2020
Posted on November 4, 2014