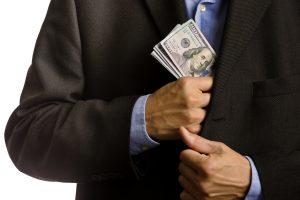 The Organization for Economic Cooperation and Development (OECD) Governance Committee’s Task Force on Illicit Trade is raising its profile and tempo of work and increasing its effort to include the private sector in that workstream.

USCIB Vice President Shaun Donnelly led Business at OECD’s (BIAC) participation in the first of two days of Task Force meetings in Paris on March 15-16 with strong participation from USCIB member companies and other private sector representatives.  Deputy Assistant Secretary at the U.S. Department of Homeland Security Christa Brzozowski is one of the two new co-chairs for this OECD Task Force, driving this important OECD work and providing strong senior-level U.S. government leadership.

“Illicit trade is a broad and elastic concept, including but not limited to pirated, counterfeit, “gray market”, and smuggled goods but also illicit movement of arms, drugs, antiquities and endangered species as well as and human trafficking,” commented Donnelly.  “As the OECD steps up its policy and coordination efforts to combat illicit trade, strong, broad and proactive private sector involvement will be essential.  BIAC and its national committees, including USCIB, will play the key role in making this process work.”