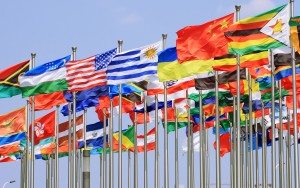 For only the 13th time in its history, the International Labor Organization’s (ILO) Governing Body agreed to appoint a Commission of Inquiry for Venezuela to examine allegations of the Venezuelan government’s non-compliance with a number of legally-binding ILO Conventions. Specifically, allegations were made of attacks, harassment, aggression and a campaign to discredit the employers’ organization – FEDECAMARAS – its leaders and affiliates.

“This action is especially notable because it is a rare instance of ILO action supporting an employer organization’s right to freedom of association,” said Ed Potter who serves as the USCIB’s ILO Governing Body member. It is the only other time, again after a decade old fight, that an Employer freedom of association case was approved for a Commission of Inquiry by the GB.

At its 332nd meeting earlier this month, the ILO Governing Body agreed, by consensus, to approve the appointment of a Commission of Inquiry for Venezuela. The allegations against the Government of Venezuela state a lack of consultation with FEDECAMARAS on laws that affect the labor and economic interests of the employers, and the adoption of numerous increases to the minimum wage without consultation with employer and worker representatives. The Governing Body has discussed this complaint six times since it was presented by 33 employer delegates at the International Labor Conference in June 2015.

“In taking the decision to set up the Commission of Inquiry, the Governing Body expressed deep concern about the lack of any progress with respect to its previous decisions and recommendations regarding the complaint,” noted Potter. “In particular, it referred to the failure to establish a tripartite roundtable, bringing together government, employer, worker as well as ILO representatives to resolve all pending issues. The Governing Body also expressed its regret that it had not been able to carry out the high-level mission it had recommended at its November 2017 Session, due to objections raised by the Government about the agenda of the mission.”

The Commission of Inquiry is made up of three independent members and is tasked with carrying out a full investigation of the complaint, ascertaining all the facts of the case, and making recommendations to address the problems raised in the complaint. A Commission of Inquiry is the ILO’s highest-level investigative procedure. It is generally set up when a member State is alleged to have committed persistent and serious violations of ratified International Labor Conventions, which are binding international treaties, and has repeatedly refused to address them.