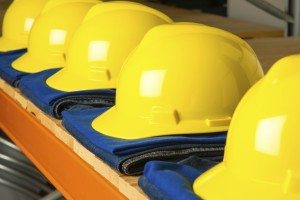 The International Labor Organization’s (ILO) 1977 Declaration of Principles concerning Multinational Enterprises and Social Policy (MNE Declaration) provides guidelines for regulating the conduct of global businesses and defines the terms for their relations with workers and host countries in the developing world. The ILO Governing Body has recently discussed the possible review of the declaration, which was last updated in 2006, with some groups pushing for a full revision of the text that could include additional burdens and obligations on businesses.

While the business community, represented within the ILO by the global employers’ group facilitated by the International Organization of Employers (IOE), supports the MNE Declaration and recognizes the importance of updating it to reflect recent developments – such as the endorsement of the United Nations Guiding Principles on Business and Human Rights – the employers’ group does not believe a more comprehensive revision of the declaration would be needed.

During a meeting of the ILO Governing body this week, the employers’ group warned against any excessive revision of the declaration for the following reasons. First, any major changes to the declaration could create a conflict between it and other international regulatory texts, such as the OECD Guidelines on Multinational Enterprises, which has a chapter on Employment and Industrial Relations that is already carefully aligned to the existing text of the MNE Declaration. Significant changes to the MNE Declaration  could create confusion for OECD member states and the companies subject to the Guidelines’ recommendations, which were substantially revised in 2011 after much multistakeholder discussion. Second, the employers noted it is unrealistic to believe that the text can be fully updated in just one year, in time for the 40th anniversary of the declaration in 2017. Finally, the employers’ group argued that given the ILO’s limited resources, money should be invested in essential work in the field, rather than formal bureaucratic procedures in Geneva.

More information on the ILO’s decision can be found on the IOE’s website.

This entry was posted in Business In Society, IOE, News Stories and tagged Corporate Responsibility and Labor Affairs.
Posted on March 24, 2016