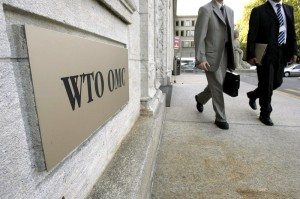 With members of the World Trade Organization set to launch new talks on digital trade amid calls for the organization to be reformed, USCIB President and CEO Peter Robinson has appealed for a strong business role in efforts to modernize the global trade body.

In an op-ed published in The Hill, USCIB’s president wrote: “The views of the private sector, which has a direct stake in the rules that result from such government-to-government discussions, should be actively solicited and given careful consideration by WTO member states.”

Robinson called on governments to strengthen the WTO in four key areas:

“If governments work with business, we are confident that the WTO can be reformed and modernized to continue effectively advancing a rules-based global trading system,” Robinson wrote. Read the full op-ed on The Hill’s website.