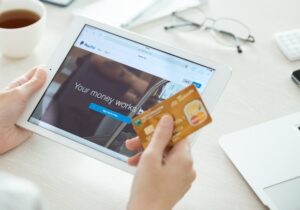 In a virtual ceremony on December 8, Secretary of State Tony Blinken announced the U.S. company winners of the Department’s 2021 Award for Corporate Excellence (ACE). For the sixteenth time in the twenty-two years that the ACE award has been presented, a USCIB member company is among the winners.

This year, Mastercard received the ACE award in the multinational company category for “Economic Inclusion,” recognizing its path-breaking work in India to expand financial services to under-banked communities. Mastercard and the U.S. company winners in other categories were honored for their contribution to economic and social progress around the world and the advancement of American values. Secretary Blinken, the U.S. Charge d’Affaires in India, and senior State Department economic officials participated in the virtual ceremony.

In the twenty-two years the State Department has been presenting the ACE Award, sixteen times at least one USCIB member company has been honored. Last year The Coco-Cola Company was a winner for its impressive efforts for Women’s Economic Empowerment in Azerbaijan. In 2019, PepsiCo and Procter & Gamble were among the winners.

“We are delighted that again this year, the State Department’s coveted ACE award winners include a great USCIB member company,” said USCIB President and CEO Peter Robionson. “This is not a coincidence. USCIB members are widely recognized here at home and around the world not only as successful business and leaders in their respective sectors but also as representing the best of American business and our ability to spread American values of inclusion, respect, enlightened personnel policies, investing in employees and communities and responsible stewardship of the environment.  We congratulate and commend Mastercard on its imprssive effots in India and beyond and welcome them to a very impressive club of USCIB member winners of the ACE Award.”