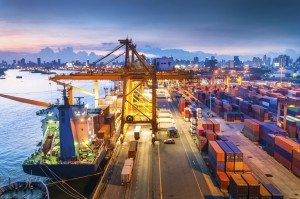 “BIAC’s meetings were integral in getting the business community on the same page regarding several issues, including possible accession to the OECD by Argentina, Brazil, Peru, Croatia, Romania and Bulgaria, BIAC’s upcoming work with B20 Argentina on joint meetings later this month in Paris, as well as the OECD release of a Trade Facilitation publication this summer,” noted Mulligan.

According to Mulligan, BIAC members also discussed BIAC talking points on the OECD’s draft Program of Work and Budget for 2019-20 (PWB), providing suggestions for inclusion of services trade, de-minimis, overcapacity, digital trade, cybersecurity, customs simplification for SMEs, trade distortions, international regulatory cooperation, and government procurement.  These were in addition to the points based on the BIAC Trade as a Priority for All paper approved by the Committee last year. At a subsequent OECD Trade Committee Meeting later that week, member countries provided feedback to the secretariat about the draft PWB and BIAC, represented by its Chair Cliff Sosnow, noting the areas it would like to see the committee focus on during this cycle, which aligned with many of the areas BIAC had suggested.  However, BIAC noted that the PWB did not seem to include further work on localization requirements and state-owned enterprises that continue to be key areas of concern for its members and encouraged the OECD to include this in their work plans going forward.

Mulligan also had the opportunity to attend the BIAC Roundtable on Data Localization, Digital Trade and Market Openness which enabled a dialogue among the 25 people around the table. Ash, who recently met with the Japanese business group Keidanren, emphasized his desire to understand the realities of business and digital trade issues and noted Keidanren’s plans to make digital trade a focus when they host G20/B20 in 2019.

Mulligan then joined Pat Ivory of the Irish Business Federation Ibec, in their capacities as vice chairs of the BIAC Trade Committee to provide overviews on the BIAC digital trade priorities.

“Members are increasingly voicing concerns about data localization requirements related to the impact on cybersecurity and the conflicts they can cause for highly regulated industries,” stressed Mulligan. “The impact of rapidly changing technology and the need for regulators to take approaches to digital trade that do not end up restricting trade, stifling innovation, and undercutting economic growth.”

BIAC members noted challenges they deal with when assessing where to do business and suggested that localization requirements that can increase security risks in some developing countries and can make it less likely for them to do business there.