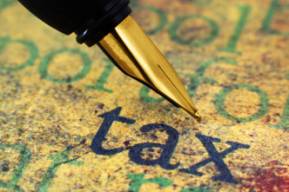 Launched last year to revisit the rules applicable to the taxation of cross-border enterprises, the OECD (Organization for Economic Cooperation and Development) project on “base erosion and profit shifting” (BEPS) aims to prevent incidences of non-taxation by developing a single, coherent and fair set of rules that ensure companies pay what they owe without creating unnecessary costs or double taxation.

Yesterday, the OECD released its first set of BEPS recommendations to the G20.

BIAC broadly welcomes the first set of BEPS consensus reports and recommendations released by the OECD on seven areas of the BEPS Action Plan.

The OECD released yesterday its first recommendations for a co-ordinated international approach to combat tax avoidance under the OECD/G20 Base Erosion and Profit Shifting Project (BEPS).

We welcome the acknowledgement from the OECD that the proposals contained within the seven deliverables are not yet formally finalized as they may be impacted by some of the decisions taken with respect to the 2015 deliverables with which they interact.

We also fully support the OECD’s recognition that rules should not result in double taxation, unwarranted compliance burdens or restrictions to legitimate cross-border activity, which is more important than ever to protect and grow our global economy.

With the release of the seven 2014 deliverables, we caution against governments acting too rapidly to implement recommendations into domestic tax legislation until further implementing guidance has been provided and the interactions with future action items is understood. This would risk creating a series of disparate rules that could negatively impact trade and investment.

BIAC looks forward to continuing its close and constructive work with the OECD on its BEPS project throughout 2015, representing the important views of the international business community.

This entry was posted in Competitiveness and Innovation, Growth, Jobs and Open Markets, Latest from USCIB and tagged Taxation.
Modified on November 17, 2020
Posted on September 17, 2014