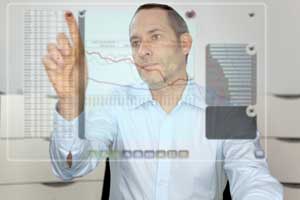 The health of the world’s economy continues to deteriorate as insufficient demand, unemployment and the on-going debt crisis in Europe undermine recovery efforts, according to the latest World Economic Survey from the International Chamber of Commerce and Germany’s Ifo Institute for Economic Research.

Based on the findings from the survey, which assessed the views of 1,156 experts (including members of USCIB) in 124 countries across the globe, the World Economic Climate Indicator fell for the second consecutive quarter, dropping from 85.1 to 82.4 in Q4. Although the dip is less pronounced than in the previous quarter, it nonetheless reveals that the hopes of an economic recovery seen in Q2, when the climate indicator stood at 95, have suffered a further setback.

This latest fall in the World Economic Climate Indicator is due to WES experts’ less favorable assessments of the current state of the economy and lower expectations for the six-month economic outlook.

“By late 2012, economic activity lost momentum in nearly all regions of the world,” said ICC Secretary General Jean-Guy Carrier. “A clear factor in this is the on-going debt crisis in the Euro area, which governments will have to get to grips with in order to restore investor confidence.”

This entry was posted in ICC. Bookmark the permalink.
Posted on November 15, 2012