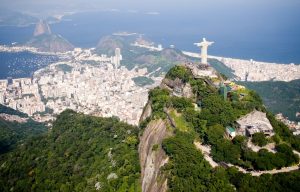 After months of awareness building on the scope of the ATA Carnet usage with Brazilian Customs, Brazil has officially announced the acceptance of ATA Carnets. This exciting new development will allow all contracting parties to the ATA and/or the Istanbul Convention to enjoy ATA Carnet facilitations in Brazil. This change is also accompanied by an acceptance of hand-carried goods into the country.

Most explicitly, this new development will provide for duty and tax-free temporary admissions, allowing companies to use U.S. issued ATA Carnet to temporarily enter goods.

“Companies generally pay between 35-60 percent in duties exporting to Brazil, which will now be saved,” said Andy Shiles, USCIB’s senior vice president for ATA Carnet and trade services. “This program will be particularly advantageous for U.S. companies bringing in products temporarily for trade shows and exhibits.”  Prior to the amendment, U.S. companies, as per domestic regulation, could not use U.S. issued ATA Carnets as they were not accepted in Brazil.

The ATA Carnet is the global gold standard for temporary admissions under the auspices of the World Customs Organization. ATA Carnets are international tools of trade facilitation, which serve as a temporary export-import documentation. The ATA System is in place in 87 countries and territories, and provides duty-free and tax-free imports on goods that will be re-exported within 12 months.

In calendar year 2017, there were over $6 billion worth of goods that moved under U.S. issued Carnets that helped to stimulate international trade for American businesses.

For more information, please visit our page dedicated to Brazil.