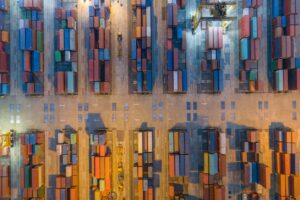 USCIB is off to a vigorous start in 2022 in the area of business advocacy. In January, USCIB Director for Investment, Trade and China Alice Slayton Clark held three major committee meetings to bring USCIB members together with Biden Administration officials to discuss China, India and Indo-Pacific trade policy.

Launching this effort, the USCIB China Committee met January 11 for an off-the-record virtual discussion with Deputy Assistant USTR for China Affairs Tim Wineland regarding the key issues confronting the U.S.-China trade relationship. The meeting provided an opportunity for USCIB members to discuss the latest policy developments impacting relations with one of our largest trading partners; topics addressed included the Biden-Xi virtual leaders’ summit, the Administration’s new China trade policy and negotiating agenda for 2022, an assessment of the China Phase 1 trade agreement, and the U.S. plan to address industrial subsidies with China, among other concerns.

The following week, USCIB members met January 19 with Assistant USTR for South and Central Asia Chris Wilson and Deputy Assistant USTR Brendan Lynch for an update on the US-India Trade Policy Forum (TPF) process and the chance to share trade concerns to help inform U.S. priorities as TPF working groups in the areas of agriculture (regulatory alignment), non-agriculture, intellectual property, and services (including digital) are formed for 2022.  A dialogue established by India and the United States in 2005, the TPF was on pause for several years until the Biden Administration relaunched it with an inaugural meeting November 23, 2021.

According to Clark, “the TPF is important to the elimination of trade barriers between the United States and India, and we are grateful to the Biden Administration for resetting the bilateral relationship by reviving this process.  It was important for USCIB members to talk with the negotiators and share their company concerns so the discussions can yield the best results for U.S. industry and its workers.”

Finally, Deputy Assistant Secretary for Asia at the Department of Commerce Pamela Phan joined the USCIB Trade and Investment Committee quarterly meeting January 27 to discuss the Biden Administration’s recently announced Indo-Pacific Economic Framework (IPEF). The IPEF is a Biden Administration initiative intended to reassert U.S. leadership and influence, particularly vis-à-vis China’s economic linkages in the region.  While IPEF is in its early stages, USCIB felt it important to engage with Administration officials now to help shape workstreams and expectations for the discussions ahead.