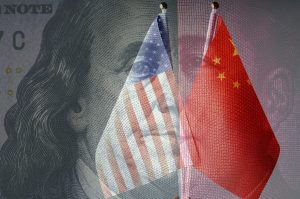 USCIB submitted comments on China’s compliance with WTO commitments on September 17. The comments were in response to the U.S. Trade Representative’s (USTR) request for input. In its comments, USCIB welcomed the “Phase One” trade agreement between the United States and China, as well as China’s actions to date to implement its commitments under that agreement. According to USCIB, if fully implemented, the agreement will help address a host of policies and practices maintained by China that undermine the ability of U.S. businesses to operate, including unfair and discriminatory governmental practices.

USCIB also noted that U.S. tariffs and Chinese retaliatory tariffs imposed as a result of the U.S. Section 301 investigation into China’s forced technology transfer, intellectual property, and innovation policies have been disruptive to U.S. business.

“While the Phase One deal partially addresses some of these tariffs, more must be done to restore the ability of U.S. business to compete effectively in the global marketplace,” said Eva Hampl, who leads USCIB’s policy work on China. “As described in this submission, many issues affecting business remain a concern in China. Accordingly, high-level bilateral dialogue between the United States and China continues to be of the utmost importance.”

USCIB urges both countries to utilize, in addition to the World Trade Organization (WTO), the full range of formal multilateral fora, including Asia-Pacific Economic Cooperation (APEC) Forum and the Organization for Economic Cooperation and Development (OECD), to work toward improved commercial relations. Plurilateral dialogues that include U.S.-friendly jurisdictions such as the European Union, Canada or Australia should also be considered.

“USCIB and its members understand and appreciate that U.S.-China economic relations are complex and multifaceted, and that American business holds a direct and important stake in this relationship and in its success,” added Hampl. “As the world’s largest economy, China’s practices and policies have a significant impact on its trading partners, and engagement with China can be challenging.”

Due to the COVID-19 pandemic, there will not be a public hearing this year. USCIB’s submission is public and can also be found on www.regulations.gov under Docket Number USTR-2020-0033.