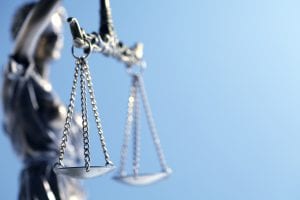 The USCIB Competition Committee convened virtually November 12 for its semiannual meeting to discuss updates on antitrust at the national and international levels. Federal Trade Commissioner Noah Phillips served as featured speaker, providing personal insights on the shift in approach of the Biden Administration with respect to merger and acquisition activity, enforcement, rulemaking authority, treatment of labor markets, review of the horizontal and vertical merger guidelines, the July 2021 executive order on promoting competition and the new White House Competition Council.

Commissioner Phillips was appointed to the FTC in April 2018, having previously served as Chief Counsel to Senator John Cornyn (D-TX), on the Senate Judiciary Committee, and in various Washington D.C. and New York law firms. According to USCIB Director for Investment, Trade and China Alice Slayton Clark, Commissioner Phillips interactively engaged with the Committee by answering questions.

The Committee was also updated on the upcoming meetings and activities of the OECD and Business at OECD (BIAC) by Jane Antonio and John Taladay of Baker Botts. BIAC has prepared feedback on four OECD papers under discussion at recent OECD Competition Committee meetings: competition in books and e-books, environmental considerations in competition enforcement, ex-ante regulation and competition in digital markets, and economic analysis and evidence in abuse cases. The OECD meetings will be followed by the annual OECD Global Forum on Competition December 6-8.

USCIB Competition Committee Chair Dina Kallay (Ericsson) and Vice Chair Jennifer Patterson (Arnold & Porter), updated USCIB members on activities at the International Chamber of Commerce (ICC), where they serve as Vice Chairs on the ICC Competition Commission. They discussed the ICC’s Antitrust Compliance Toolkit and its Small and Mid-Size Enterprises (SME) version, as well as recent efforts to update the 2018 leniency manual. Both put a call out for interested USCIB members to become directly involved in the ICC Competition Commission and working groups.

Julie Guichard and Matt Heim of Amazon also briefed members on a draft foreign subsidies regulatory initiative in the EU that would impact member companies operating in Europe. The proposal would require mandatory notification to the European Commission of all subsidies received from non-EU governments, information to be used in screening foreign direct investment, mergers and acquisitions, and joint ventures. The proposal was originally aimed at Chinese state-owned enterprises (SOEs), but they warned that the scope has been expanded and will now likely impact western multinationals doing business in Europe. USCIB will explore the issue with members to see if there is an interest in weighing in with the U.S. government on the proposal.