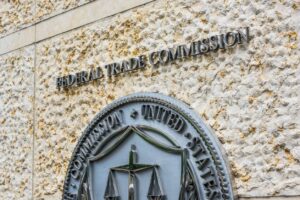 The USCIB Competition Committee held its semiannual meeting November 9, featuring Federal Trade Commission Counsel for International Affairs Paul O’Brien for an update on the work of the International Competition Network (ICN). Comprised of 142 competition authorities from around the globe, the ICN is a forum for sharing and advancing best practices in the field of antitrust. Through working groups, conferences and workshops, the ICN foments common understanding and harmony on voluntary recommendations in competition law. “It is clear the ICN is a trusted resource for government officials around the globe hoping to harmonize norms and principles as well as industry looking for clarity and convergence in practices,” said USCIB Director for Investment, Trade and China Alice Slayton Clark.

Committee members were also updated on antitrust enforcement priorities in Brazil by economist Silvia Fagá and attorney Milena Mundim of Demarest law firm, both members of International Chamber of Commerce Brazil. They predicted that merger enforcement may increase along with regulation of hate speech on media platforms under the incoming presidency of Luiz Inácio “Lula” da Silva, the populist leftist leader from the 2000s. Brazil’s competition authority, the Administrative Council for Economic Defense (CADE), will continue to scrutinize digital platforms, with more active use of interim measures, they asserted.  As the economy recovers, expect to see more merger activity especially in the healthcare market in Brazil.