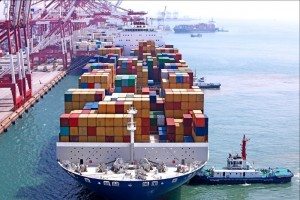 USCIB experts on trade and customs Rob Mulligan, senior vice president of policy and government affairs, and Megan Giblin, customs and trade facilitation director, were recently quoted in a Journal of Commerce article, “Trump administration unlikely to repudiate new WTO pact.” The article explores the state of bilateral and multinational trade agreements, such as the recent entry into force of the World Trade Organization’s (WTO) Trade Facilitation Agreement (TFA) and the future of the North American Free Trade Agreement.

JOC Special Correspondent Alan M Field wrote that despite the current administration’s aversion to multilateral agreements, it isn’t likely to repudiate the TFA. Field also quoted Mulligan’s views on this matter, “I don’t think that the administration has said much directly related to this agreement, but in some ways, I would expect that the provisions of this agreement are consistent with some of the things they have been saying about trying to open up borders and improve opportunities for U.S. business.”

Giblin agreed, stating that “it is important to recognize some of [the TFA’s] core messages. The TFA is critical to doing business, critical for companies. You’re going to get more transparency and predictability. The time-consuming processes at the border are going to be streamlined. You’re going to see goods moving more rapidly across the border. It’s expected to increase exports significantly.”

Giblin was also quoted extensively in a separate JOC story, “New WTO accord to speed customs clearance, cut costs” that takes a deeper dive into the TFA’s entry into force. Giblin was quoted on several aspects of the TFA, including the TFA’s value in allowing companies to understand quickly what the rules are and be able to export with assurance, “If everybody is providing the same level of transparency and ability [needed] to appeal decisions, then everyone will know how to operate,” she said. “That will lead to increased exports of products. And that will likely give a boost to the US economy and result in more jobs.”