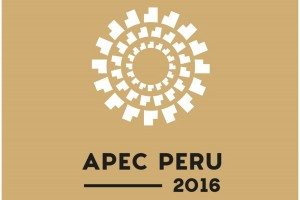 Supporting six million American jobs and hosting two thirds of the global middle class, the Asia-Pacific region is of great interest to the business community, as global companies are eager to tap the region’s growing markets. The Asia-Pacific Economic Cooperation (APEC) forum – the most influential economic dialogue in the region – continues to be a priority for USCIB members, as it is key to accelerating regional economic integration and promoting balanced, sustainable growth.

To aid private-sector engagement in the dialogue, USCIB works with the U.S. APEC business coalition to give members access to APEC officials and participate in APEC meetings throughout the year, culminating in the APEC CEO Summit, a meeting of CEOs and leaders from the APEC economies.

USCIB is in actively engaged in a number of the APEC working groups related to customs, product policy, and information and communication technologies. Each year, USCIB compiles an APEC priorities and recommendations paper to help direct and coordinate work with our members and APEC officials.

Three of USCIB’s policy team will be attending the upcoming first APEC Senior Officials Meeting (SOM 1) in Lima Peru, which began this past weekend.

Megan Giblin, USCIB’s director for customs and trade facilitation, will participate in the APEC Alliance for Supply Chain Connectivity (A2C2) and the Subcommittee on Customs Procedures meetings, and will identify linkages to the work underway within the USCIB Customs and Trade Facilitation Committee including, but not limited to, e-commerce, single-window efforts, and other aspects that tie directly to WTO TFA implementation.

Giblin was also confirmed last week as the industry Co-Chair to the APEC Subcommittee on Customs Procedures Virtual Working Group (VWG) along with the government of New Zealand. USCIB both helped create the working group and has facilitated its work, co-chairing the group, since its inception. The VWG is comprised of both customs officials and members of the private sector.

Helen Medina, USCIB’s vice president of product policy and Innovation will attend the APEC Chemical Dialogue (CD) meetings to support USCIB’s work and recommendations on a coordinated approach to implementation of the Globally Harmonized System of Classification and Labeling of Chemicals (GHS) and future GHS capacity building workshops. Medina will also support USCIB’s Customs priorities in the area of Chemical Import Procedures.

USCIB will continue to encourage work within the CD on metals risk assessment, specifically follow-up to the workshop on this topic in 2015 as well as the dissemination of pending OECD metals assessment scientific guidance as joint OECD-APEC guidance for APEC Economies.  Lastly, Medina will meet with the Lima Chamber of Commerce, Peru’s most representative organization promoting Peru’s global economic integration, to share USCIB priorities during the Peru host year and collaborate on areas of mutual interest.

Barbara Wanner, USCIB’s vice president of ICT policy will participate in the SOM 1 meetings of the Electronic Commerce Steering Group (ECSG), with particular focus on the Data Privacy Subgroup. The meetings will focus on expanding APEC economies’ understanding of and participation in the Cross-Border Privacy Rules system (CBPR). The CBPR system requires firms in participating economies to develop their own internal business rules on cross-border data privacy procedures, complying with the system’s minimum requirements. The meetings will also explore a selection of next-generation privacy issues, such as data portability, open data and privacy, and big data.

Wanner  will also participate in a special workshop, “Building a Dependable Framework for Privacy, Innovation and Cross-Border Data Flows in the Asia-Pacific Region,” which will set the stage for subsequent discussions on APEC CBPR and other privacy issues during the informal and formal ECSG and DPS meetings.

If you would like any further information on the above meetings or issues, please feel free to reach out to our team.

This entry was posted in Business In Society, Competitiveness and Innovation, Growth, Jobs and Open Markets, News Stories and tagged APEC, Customs and Trade Facilitation, Information Communications and Technology, Product Policy.
Modified on May 18, 2021
Posted on February 22, 2016