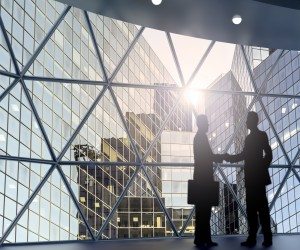 USCIB hosted a webinar on the UN Treaty on Business and Human Rights on June 13, featuring Robert McCorquodale, director of the British Institute of International and Comparative Law and Douglass Cassel, professor of law at Notre Dame Law School. The webinar discussed the treaty background, its current status, and possible next steps in advance of the third session of the Intergovernmental Working Group (IWG) in October 2017.

The treaty process began on June 26, 2014, when the Human Rights Council adopted resolution 26/9 by which it decided “to establish an open-ended intergovernmental working group on transnational corporations and other business enterprises with respect to human rights, whose mandate shall be to elaborate an international legally binding instrument to regulate, in international human rights law, the activities of transnational corporations and other business enterprises.” The first two sessions of the open-ended IWG were to “be dedicated to conducting constructive deliberations on the content, scope, nature and form of the future international instrument.” The first session of the IWG was held in July 2015, and the second session in October 2016. The summary documents from the second session can be found here.

Prior to October’s third session, the Ecuadorian chair of the IWG has been tasked with drafting proposed elements for a treaty, and these points will be presented to the states in advance of the October meeting.  The webinar discussed three possible outcomes for the treaty: a relatively modest treaty with reporting and due diligence requirements to establish a level playing field, with an international monitoring system for the states’ obligations; a “maximalist treaty” with international courts, international legal requirements for business, due diligence reporting, and other requirements, as argued for by some human rights groups; or no treaty at all resulting from this process.