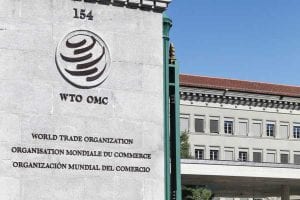 Washington, D.C., March 13, 2019 – Responding to this week’s hearing in the Senate Finance Committee on the future of the World Trade Organization, the United States Council for International Business (USCIB), which represents America’s most successful global companies, has submitted a business roadmap for the WTO laying out priorities for the organization’s modernization.

“The continued existence and effectiveness of the WTO is vital to U.S. business,” stated USCIB President and CEO Peter Robinson and USCIB Trade and Investment Committee Chair Charles R. Johnston in their transmittal letter.

“The WTO is a cornerstone of the global rules-based trading system and has helped spread growth and development for decades. The WTO’s existing agreements, such as those on intellectual property rights, sanitary and phytosanitary measures, and technical barriers to trade, provide practical commercial benefits for business because they establish global frameworks of rules designed to facilitate international trade.”

USCIB’s roadmap focuses on addressing subsidies and other market-distorting support provided to state-owned enterprises, the establishment of new rules for current issues such as digital trade and customs processes on electronic transmissions, and ensuring a properly functioning appellate body, among other issues.

The statement notes that the U.S. has been a major beneficiary of the WTO’s dispute settlement system, bringing and winning more cases than any other WTO member. “In fact, the U.S. has prevailed in over 90% of the complaints it filed,” USCIB observed.

USCIB urged WTO members to actively solicit the views of the business community, which undertakes the vast majority of cross-border trade and investment that is impacted by WTO rules. “The private sector has a direct stake in the rules that will be the outcome of the government-to-government discussions and, accordingly, private sector comments and recommendations should be actively solicited and given careful consideration,” the statement said.

About USCIB:
USCIB promotes open markets, competitiveness and innovation, sustainable development and corporate responsibility, supported by international engagement and regulatory coherence. Its members include U.S.-based global companies and professional services firms from every sector of our economy, with operations in every region of the world, generating $5 trillion in annual revenues and employing over 11 million people worldwide. As the U.S. affiliate of the International Chamber of Commerce, the International Organization of Employers and Business at OECD, USCIB provides business views to policy makers and regulatory authorities worldwide, and works to facilitate international trade and investment. More at www.uscib.org.