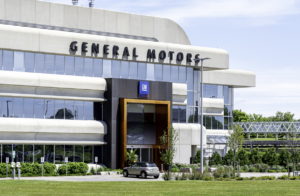 The Coalition for Integrity (“C4I”), a top Washington-based group promoting integrity and combatting bribery and corruption, handed out its two major awards for 2022 at its annual session late May 19. Both awards went to USCIB members. General Motors won the prestigious Corporate Leadership Award, the eighth time in ten years that a USCIB member company has been selected, according to USCIB Senior Advisor Shaun Donnelly, a former U.S. Ambassador. GM and its CEO Mary Barra were singled out by C4I for its broad corporate culture of integrity, exemplified by its strong Code of Conduct and a mantra “Winning with Integrity.” GM Assistant General Counsel and Chief Compliance Officer Michael Ortwein accepted the award on behalf of the company and gave brief remarks, thanking the coalition and reaffirming GM’s commitment to integrity in all aspects of its business and at all levels. GM joins other USCIB members, including Bechtel, Raytheon, Procter & Gamble, Coca-Cola, PepsiCo, and General Electric in winning the coveted C4I award.

The Coalition’s other major annual award is its Integrity Award to a prominent individual for her/his leadership efforts in combatting corruption and illicit practices. Previous winners have included former President Jimmy Carter, the late Senators John McCain and Richard Lugar, former World Bank President Jim Wolfensohn, and Dr. Anthony Fauci.  For 2022, C4I is honoring, Tony West for his career achievements promoting integrity and combatting corruption.  West is currently Chief Legal Officer for USCIB member Uber. He has previously served as an Assistant U.S. Attorney, Assistant Attorney General for the Civil Division, Associate Attorney General, which is the third highest position in the Department of Justice, and in the private sector as General Counsel at PepsiCo and in his current role at Uber. The Coalition cited West’s “leadership and efforts to promote accountability in the public and private sectors” in selecting him for this year’s Integrity Award. In 2015, when PepsiCo was honored with the Corporate Leadership Award, Tony West accepted the award on behalf of the company at the Coalition’s annual dinner in Washington. He thus becomes the first person to receive both the Coalition for Integrity’s Corporate Leadership Award and the individual Integrity Award.

“It was great, again this year, to see outstanding USCIB member companies recognized for their leadership in this important area,” said Donnelly. “We as USCIB are proud of the high ethical standards our member companies set, implement and enforce, year in and year out.”