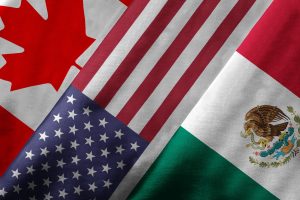 USCIB President and CEO Peter M. Robinson has joined ICC Mexico Chair Maria Fernanda Garza and Canadian Chamber of Commerce CEO Perrin Beatty in publishing an op-ed, “A trade deal in distress: It’s time to save NAFTA,” in The Hill.

The op-ed has also been published in Spanish in the Mexican newspaper El Economista.

The op-ed comes as negotiators from the United States, Canada and Mexico take stock following the most recent round of talks, which exposed divisions between the U.S. and its two neighbors on a variety of issues.

The three business leaders express their support of efforts to improve and modernize NAFTA. They also state their concern over proposals that they believe are inconsistent with the principles of free trade and free enterprise, calling them “a dramatic reversal of long-held U.S. trade policy objectives” that “would greatly restrict, rather than enhance, cross-border commerce.”