Hanessian is an independent arbitrator in New York and an Adjunct Professor of Law at Fordham University School of Law.  Prior to July 2020, Hanessian was a partner at Baker McKenzie, where he practiced for 33 years, and served as global co-head of the firm’s International Arbitration Practice.  He is the immediate past chair of the USCIB’s Arbitration Committee and currently coordinates the Committee’s amicus activities. 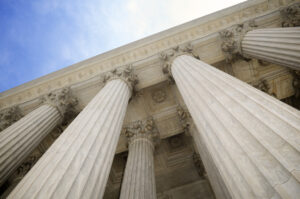 On June 13, 2022, the U.S. Supreme Court in Z.F. Automotive U.S. Inc. v. Luxshare Inc. held that parties to international commercial arbitrations may obtain discovery in the United States under 28 U.S.C. § 1782 (“Section 1782”).   The case resolved a longstanding split among U.S. Circuit Courts of Appeal with respect to the availability of Section 1782 in international commercial arbitrations, but left open the possibility that the statute may be available to parties to certain investment treaty arbitrations, as discussed below.

As amended in 1964, Section 1782 states that U.S. district courts may order a person to “give testimony … or to produce a document or other thing for use in a proceeding in a foreign or international tribunal”.  U.S. Courts of Appeals for the Fourth and Sixth Circuits held that parties to international arbitrations may invoke Section 1782 to obtain broad U.S.-style discovery in aid of international arbitrations.  U.S. Courts of Appeals for the Second, Fifth, and Seventh Circuits held that Section 1782 was not available in such cases.

The USCIB and ICC Court of Arbitration filed an amicus curiae brief in Z.F. Automotive.  The brief—written by a Freshfields team comprising partners Linda H. Martin, Noah Rubins QC, and Nicholas Lingard and senior associates Kate Apostolova and Eric Brandon—did not take a position on the scope of Section 1782, but asserted that if Section 1782 applies to private commercial arbitrations, U.S. courts should afford a very high degree of deference to whether the arbitral tribunal presiding over a particular arbitration believes the requested discovery is appropriate.

In Z.F. Automotive, the Supreme Court did not reach the subject of the USCIB/ICC amicus brief, but rather held, in a unanimous decision written by Justice Amy Coney Barrett, that arbitral panels in commercial cases are not “foreign or international tribunals” within the meaning of Section 1782, and thus parties to such arbitrations may not seek discovery in U.S. courts under the statute.   The Court held the statute was intended “to reach only bodies exercising governmental authority” and that a “‘foreign tribunal’ is one that exercises governmental authority conferred by a single nation, and an ‘international tribunal’ is one that exercises governmental authority conferred by two or more nations.”

The Court considered the application of Section 1782 in two cases.  The first case involved a commercial arbitration in Germany between a German bank and a Hong Kong company under the rules of the German Arbitration Institute (“DIS”).  Since no government was involved in creating the arbitral tribunal or the DIS Rules, the Court determined that the arbitral tribunal did not exercise governmental authority and therefore discovery in the U.S. under Section 1782 was not available to the parties.

The second case, involved an “ad hoc” arbitration under the UNCITRAL Arbitration Rules brought by a Russian investment fund against the Republic of Lithuania alleging breach of the Russia-Lithuania investment treaty.  The Supreme Court held that Section 1782 did not apply to this ad hoc arbitration because “the treaty [between Russia and Latvia] does not itself create the panel” but “instead it simply references the set of rules that govern the panel’s formation and procedure if the investor chooses that forum.” The Court held that “nothing in the treaty reflects Russia and Lithuania’s intent that an ad hoc panel exercise governmental authority.”

It remains to be seen whether the holding in Z.F. Automotive will apply to all investment treaty arbitrations.  Many investment treaty arbitration are brought under the International Convention for the Settlement of Investment Disputes (“ICSID Convention”), a multilateral treaty with some 154 contracting state parties.  The ICSID Convention creates a permanent institution, the International Centre for the Settlement of Investment Disputes (“ICSID”) under the auspices of the World Bank, and states the powers and functions of ICSID arbitral tribunals and the obligations of member states to enforce ICSID tribunal awards. The ICSID Administrative Council, on which each member state has a representative, meets annually to adopt administrative and financial regulations and approve rules for ICSID-administered cases.   Further litigation will be required to determine whether arbitral tribunals convened under the ICSID Convention are “international tribunals” under Section 1782.