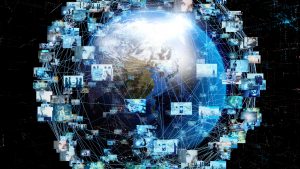 “We urge the U.S. government to strongly oppose this proposal,” said USCIB Vice President for ICT Policy Barbara Wanner. “The proposal would deploy new protocols that would not be compatible with standards already used by billions of devices, so it would result in fragmentation of the current operation of the internet. In fact, creation of a new protocol and network architecture in the ITU is likely to create the same kinds of interoperability problems that the proposals ostensibly want to avoid.”

Another concern is that use cases envisioned by said protocol are not sufficiently developed to be standardized by the ITU. The proposals aimed at developing a new IP protocol system should remain within the realm of research where they can see experimentation and measurement, rather than moving precipitously to standards that industry is expected to implement. Additional concerns outlined in USCIB’s comments are past failures of similar type of monolithic top-down architectures and the fact that many of the challenges identified in the “New IP protocol system” have been addressed or are currently being addressed.

“In our view, it is not the ITU’s role to impose a single technology or approach on a global scale,” added Wanner. “To reiterate, we urge the U.S. Government to strongly oppose resolutions supporting a New IP. Other parties involved in standardization share our concerns.”

USCIB is committed to working with the U.S. Government to identify opportunities for constructive engagement that helps to advance U.S. policy objectives. In its recommendations, USCIB emphasized that inputs of all stakeholders produce a flexible policy environment critical to empowering the rapidly evolving digital economy; stakeholder inclusion can lower the risk of unintended consequences and increase legitimacy and adoption of policies. The turbulent economic and political backdrop caused by the COVID-19 pandemic makes such multistakeholder participation even more important to ensure that Internet policy remains grounded in sound commercial, technical, and human rights-related expertise.

Other recommendations outlined by USCIB included the need to ensure a resilient, secure and diverse 5G supply chain.