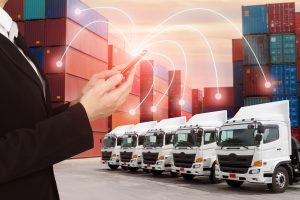 USCIB joined a coalition of over thirty other associations to send a letter to U.S. Secretary of Commerce Wilbur Ross regarding a proposed rule to implement an Executive Order on Securing the Information and Communications Technology and Services (ICTS) Supply Chain. This rule would provide the U.S. government with the authority to block, intervene in and unwind certain ICTS-related transactions on the grounds of national security.

The letter stated: “Our members share the Administration’s commitment to ensuring that ICTS transactions do not pose undue risks to national security. However, we view the proposed rule as vague and highly problematic because as written, it would provide the Department with nearly unlimited authority to intervene in virtually any commercial transaction between U.S. companies and their foreign counterparts that involves technology, with little to no due process, accountability, transparency, or coordination with other government programs that are also designed to protect national security.”

According to the letter, the proposed rule does not provide sufficient legal clarity to American companies to identify transactions that could be in scope, which would create significant uncertainty in the business community, disrupt global supply chains and make a range of trade and investment decisions very difficult. Under the proposed rule, companies may also bear higher costs as they alter long-standing business relationships, search for new suppliers and unwind transactions, which will harm U.S. competitiveness and technology leadership.

“An open investment climate with predictable rules is vital to economic growth and development,” said Eva Hampl, senior director of investment, trade and financial services at USCIB. “While national security concerns should be a consideration, virtually unlimited government authority to intervene in transactions could cause significant economic harm to U.S. businesses and consumers.”