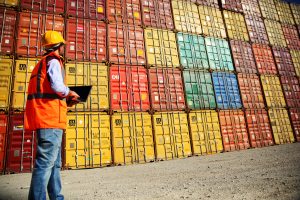 With the National Governors Association meeting last week and this week and the next round of NAFTA negotiations starting this week, USCIB coordinated with the Japanese business group, Keidanren, on a joint letter to each governor expressing support for keeping and modernizing NAFTA.

“Having worked closely with Keidanren in promoting the importance of foreign direct investment to government leaders in international forums such as G20, OECD and the United Nations, we wanted to leverage our joint voices to highlight the importance of NAFTA in driving the growth of foreign direct investment into the United States,” said Rob Mulligan, USCIB senior vice president for policy. “The investment by Japanese companies into the U.S. serves as an example of this growth and each letter identifies the number of jobs in the particular state that are accounted for by Japanese-owned firms.”

The letters stress the position USCIB has urged from the beginning that the negotiations “do no harm” to the existing NAFTA framework and then reinforces key messages related to ISDS, rules of origin, government procurement, and any sunset provision.

“We hope this letter will encourage the governors to actively engage the Administration on achieving a modernized NAFTA that we can all support,” added Mulligan.