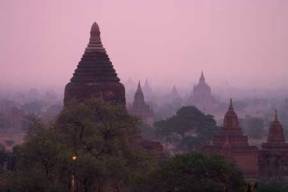 As Secretary of State John Kerry recently noted in a speech prior to meetings between the United States and the Association of Southeast Asian Nations (ASEAN), Myanmar has made significant strides toward reform in recent years that have created opportunities for foreign investment.

USCIB has stepped up its advocacy for business in Myanmar, particularly on issues related to investment and responsible business practices. Here are some updates of our work in a country that awaits significant investment opportunities if political reforms continue.

In July, USCIB convened a high-level meeting in Washington, D.C. with the International Labor Organization, several U.S. government agencies (State Department, Department of Labor and U.S. Trade Representative) and representatives from U.S. civil society and unions to address responsible investment in Myanmar. USCIB and its affiliate network, the International Organization of Employers, also have excellent contacts on the ground through the long serving ILO Myanmar representative, Steve Marshall. Until the recent opening in Myanmar, Marshall was the only UN official posted there. He has extensive contacts with the regime and deep knowledge of the unique dynamics businesses face on the ground.

At the end of July, the Myanmar Parliament passed into law ILO Convention No. 182 on the Worst Forms of Child Labor, which the country ratified this past December. The law will ban child labor and calls for the immediate elimination of the worst forms of child labor, including slavery, trafficking, the use of child soldiers in armed conflict and child prostitution. The Labor Minister announced recently that implementation of the convention will start in December 2014.

“Much of the progress in Myanmar on labor issues is the result of sustained pressure since 1999 by the ILO, with the support of employers, to get the government to amend its law and practice, which ultimately resulted in expanded ILO technical assistance on forced labor and freedom of association, including a substantial ILO presence on the ground in Myanmar,” said Ariel Meyerstein, USCIB’s vice president of labor affairs, corporate responsibility and governance. The ILO is currently advising on the reform of many of Myanmar’s labor laws, an essential aspect of revamping its economy that will enable increased foreign investment there by U.S. companies.

Building upon these exiting reform efforts and the momentum from the July high-level meeting in Washington, U.S. Trade Representative Michael Forman visited Myanmar in late August to conclude an agreement with the Republic of Myanmar to begin a consultative process intended to lead to a new Initiative to Promote Fundamental Labor Rights and Practices in Myanmar by the time of the ASEAN Leaders meeting in November, 2014. According to USTR’s press release, other interested governments, as well as businesses and labor stakeholders, will be invited to take part in the development and implementation of the Initiative, whose main goals will be to develop a multi-year strategy for labor law reform and capacity building, to implement fundamental labor rights and decent working conditions on the ground, and to foster strong relations between businesses, workers, and the government of Myanmar.

There is also some evidence that local companies are absorbing the responsible business practices of U.S. companies – albeit slowly. The Myanmar Center for Responsible Business published the results of its transparency survey, which documented the transparency practices of Myanmar companies. The study found that nine of the largest Myanmar companies publish a significant amount of information about their policies, standards and practices on responsible business conduct, but that 25 of the 60 large companies are not at all transparent and have no websites. A number of other companies publish only a little information, generally relating to anti-corruption or organizational transparency. Companies scored fewest points in the areas of human rights, including land acquisition, a major concern to the Myanmar population.

As reforms continue on the ground in Myanmar, USCIB is supporting further investment opportunities for U.S. and other foreign companies as well as the application of more responsible business practices at all levels.

This entry was posted in Business In Society, Latest from USCIB and tagged Corporate Responsibility and Labor Affairs.
Modified on January 27, 2023
Posted on September 2, 2014