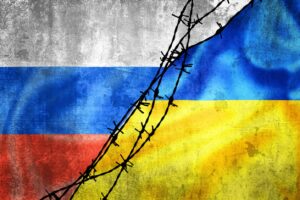 New York, N.Y., February 24, 2022 – As conflict tragically unfolds in Ukraine, USCIB joins President Biden in denouncing the shocking attack by Russia on a sovereign nation and on the global rules-based order. USCIB deplores the impact of this aggression on innocent people, and the destabilization and disruption it brings in its wake. We are more committed than ever to the fundamental importance of peace and security, democracy and multilateral cooperation for American business and for the international community.

We fully agree with UN Secretary General António Guterres when he urgently called for “a ceasefire and return to the path of dialogue and negotiations to save the people in Ukraine and beyond from the scourge of war.”

We are sharing the “ICC Statement on Russia – Ukraine Conflict” issued this morning by ICC Secretary General John Denton, and the setting out of ICC’s next steps to assess and address potential economic and trade disruption. We will continue to keep members apprised of further developments.