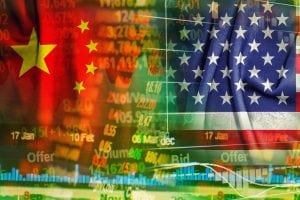 Tariffs of 10-25 percent are contemplated

On September 6, USCIB submitted extensive comments on the Trump administration’s proposed $200 billion list of tariffs on imports from China, following up on earlier submissions in response to the quickly escalating trade conflict between the United States and China.

“USCIB and its members continue to be very concerned about the potential unintended consequences these proposed tariffs of 10 or 25 percent on $200 billion worth of Chinese imports are likely to have, affecting many sectors vital to the U.S. economy and jobs,” the USCIB statement said. “Particularly if [the U.S. Trade Representative’s office] imposes 25 percent tariffs on this broad list of products, these tariffs will impact consumers and will severely impact U.S. competitiveness. The negative impact of such tariffs to U.S. consumers and industry appears disproportionate to the intended purpose.”

The statement said that, while China’s forced technology transfer requirements and other abusive practices harm U.S. competitiveness, the administration’s “sweeping tariffs endanger the U.S. economy in similar ways.” USCIB said its members are “very concerned that these proposed tariffs will stifle the U.S. economy, and not achieve the important goal of changing China’s behavior.”

The statement also recommended a number of changes to the list of tariffs being proposed by the administration. USCIB also signed on to a broader industry statement appealing to the Trump administration not to proceed with the proposed tariffs, saying the effort would likely backfire against U.S. businesses and workers.