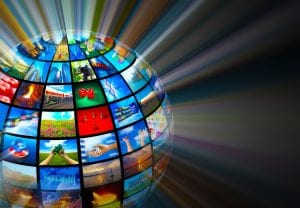 USCIB’s voice and views were reflected in many of the top stories of the past several months, which saw a heavy focus on taxes, trade and tariffs. USCIB and its global network were featured prominently in numerous stories covering NAFTA modernization, China tariffs and the OECD’s work on global tax policy.

In October, USCIB CEO and President Peter Robinson contributed a letter to the Financial Times in response to an editorial urging action on the digital divide. In his letter, Robinson noted that “public-private partnerships are indeed needed to broaden access to the internet, and companies are already moving ahead in this regard, in addition to taking action on their own.”

In discussing G20 trade tensions, USCIB Senior Vice President Rob Mulligan sat down with BBC World News to do a live television interview. Mulligan said that Trump is right to address the balance of trade between the U.S. and China, but that tariffs aren’t the answer and will ultimately cause higher prices and job losses.

To read more of USCIB activity in the media, please visit this link.