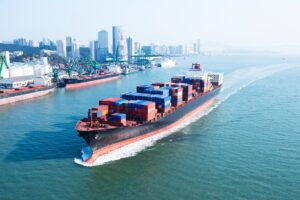 USCIB was among a dozen other trade associations in submitting a letter to the Biden Administration welcoming the launch of the Indo-Pacific Economic Framework (IPEF) initiative as part of the government’s Indo-Pacific strategy. USCIB’s engagement on the letter was led by USCIB Trade and Investment Committee Chair, Rick Johnston.

The letter stated: “We agree that strengthening trade, investment and economic ties with the region benefits all Americans. The United States needs an affirmative agenda with allies and key partners in the Indo-Pacific to advance shared economic and strategic interests. The United States, as well as our allies and key trading partners, would benefit most from an ambitious and comprehensive IPEF initiative with enforceable commitments, new market opportunities, and wide adoption of high standards.”

“It is critical that U.S. industry voices its support for Biden Administration leadership in engaging this important region of the world,” said USCIB Director for Investment, Trade and China Alice Slayton Clark.

According to the letter, the Indo-Pacific already accounts for $1.75 trillion in trade with the United States and thirty percent of U.S. goods and services exports, supporting millions of American jobs.