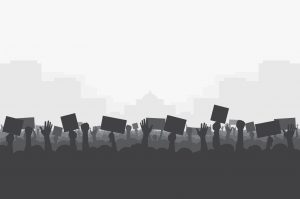 The United Nations held a sixth special session of the Intergovernmental Working Group (IGWG) October 26-30 to negotiate a proposed legally binding instrument on transnational corporations and other business enterprises with respect to human rights. USCIB, through its observatory status in the UN Economic and Social Council (ECOSOC), was represented by members of its Corporate Responsibility and Labor Affairs team, notably Vice President Gabriella Rigg Herzog and Assistant Policy and Program Manager Daniella Goncalves. Other participants this year included sixty-seven governments (down from eighty-nine in 2019), as well as other civil society organizations.

As could be observed by the UN TV-streamed proceedings, no clear consensus on either the draft text or the overall initiative emerged at the session.

“Recognized gaps concerning the core role of governments in fulfilling their State duty to protect human rights remain. Encouraging and supporting States as they work to build their capacity to effectively enforce their own national laws should be a priority for all stakeholders if meaningful access to remedy is to be achieved,” added Goncalves.

The United States government has opposed the IGWG since its launch in 2014 and issued a public statement again this year on October 26, citing opposition to the treaty based on its substance and the process around its development.

Other countries, such as Australia, Canada, Israel, Japan and Norway, also did not attend this year’s sessions. Among the sixty-seven countries who did attend, many expressed the need for greater clarity on definitions, scope, liability and jurisdiction, emphasized the differences in state capacity and costs associated with implementation, as well as asserted the need to respect sovereignty.

USCIB will continue to observe and provide direct insights to its Members on this initiative.