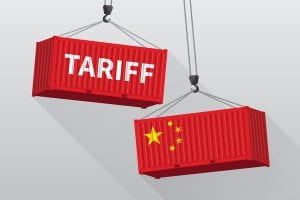 USCIB, as member of the Americans for Free Trade Coalition, signed a letter to Capitol Hill welcoming the 116th Congress and urging congressional members to consider the costs of the trade war on their home districts and states and to exercise their oversight role in trade policy matters. The Coalition is comprised of approximately 150 organizations representing U.S. manufacturers, farmers, retailers and consumers.

“The 116th Congress is beginning during a period of unprecedented economic growth and job creation, yet continued prosperity is not a foregone conclusion. We share the broadly-held concern about the impact to the U.S. economy of the Section 301 tariffs on imports from China, Section 232 tariffs on steel and aluminum imports and corresponding retaliation against U.S. exports,” the Coalition stated in the letter.

“The strength of the U.S. is economy relies on these very complex supply chains, which cannot simply be shifted overnight,” said Eva Hampl, who leads USCIB’s work on China. “These sweeping tariffs are purposefully causing a disruption, negatively impacting the U.S. economy.”