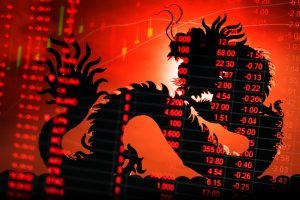 As part of the annual request by the U.S. Trade Representative for comments on China’s compliance with World Trade Organization (WTO) commitments and notice of public hearing, USCIB submitted comments on September 21 reflecting USCIB members’ feedback and concerns. Since China acceded to the WTO in 2001, while progress has been made in some areas, there still remain significant WTO obligation compliance concerns.

“On China’s fulfillment of its WTO obligations, USCIB acknowledges the efforts China has made since joining the WTO in 2001 to meet its obligations under the terms of its accession agreement,” said USCIB Senior Director for Investment, Trade and Financial Services Eva Hampl, who leads USCIB’s work on China. “However, there still remain significant WTO obligation compliance concerns. USCIB notes that its member concerns extend beyond those discussed in this paper, including government procurement; until China officially accedes to and implements the WTO Government Procurement Agreement (GPA), government procurement program concerns remain among USCIB members.”

A public hearing to discuss these issues is scheduled to take place on October 3, 2018. Hampl will be testifying and highlighting the most urgent issues to U.S. industry.