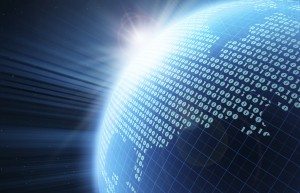 USCIB Vice President for ICT Policy Barbara Wanner attended a meeting in Los Angeles, California earlier this month in her capacity as a member of the Business Constituency (BC) Executive Committee of the Internet Corporation of Assigned Names and Numbers (ICANN).

The February 1-2 meeting, known as the 5th Non-Contracted Party House (NCPH) Intersessional, brought together seven delegates from each of the six Commercial Stakeholder Group and Non-Commercial Stakeholder Group constituencies within ICANN. The two-day gathering, featuring Wanner and BC Chair Claudia Selli, AT&T, among other USCIB members, served as a dedicated forum for discussions about domain name policy and procedural “in-house” issues that regular ICANN meetings often cannot accommodate.

“Overall, the meeting was notable in highlighting the two houses’ shared values and potential for collaboration, but also indicating some challenges,” Wanner said. In particular, the meeting enabled the two houses to explore with ICANN CEO Göran Marby and members of the Board many concerns – both shared and differing – about the implications of the May 25, 2018 implementation of the EU’s General Data Protection Regulation (GDPR) on ICANN’s WHOIS database policies and the contractual obligations of Registries and Registrars.

“These discussions were especially timely in view of ICANN’s plan to select an interim GDPR-compliant WHOIS model in the coming weeks,” Wanner noted. The NCPH and ICANN’s Contracted Party House can be expected to seek clarity about elements of the interim compliance model at ICANN 61, which will be held on March 10-15 in San Juan, Puerto Rico.

Other topics explored at the NCPH Intersessional included the status of ongoing work aimed at revising procedures for the next launch of new top-level domain names, challenges to improving protective mechanisms for brand names and intellectual property, and expanding transparency at ICANN legal with respect to invoking attorney/client privilege for various processes.