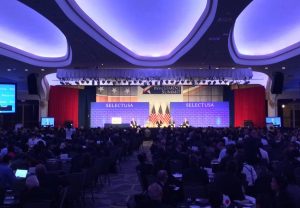 USCIB congratulates the Administration for the successful conference and commends them for recognizing the importance of FDI for U.S. economic growth, global competitiveness and job creation.  Details on the SelectUSA’17 conference are available here.  Questions about SelectUSA or U.S. government support for foreign investment into the United States should be addressed to SelectUSA office at the U.S. Department of Commerce.