You have heard about the Asia-Pacific Economic Cooperation regional forum, also known as APEC, but you are not entirely sure of the format, or how your company or business association would benefit from participation.  Here is a rare opportunity to have all of your APEC questions answered, and to bring you up to speed on recent developments at the most recent Senior Officials’ Meeting under this year’s leadership of Chile. 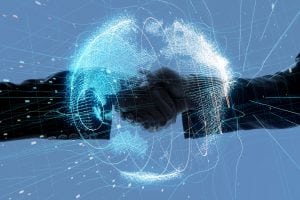 On March 27, USCIB will join with the National Center for APEC (NCAPEC) and C&M International to host APEC Essentials, a workshop to help participants understand the fundamentals of APEC including its history, objectives and opportunities. Learn from practical case studies led by industry discussants on how several sectors approach priority issues and leverage the APEC platform.

Private sector participation in APEC is organized under the leadership of the NCAPEC, which serves as the designated 2019 U.S. Strategic Partner for the CEO Summit, Secretariat to the U.S. members of the APEC Business Advisory Council (ABAC) and as Chair and Secretariat of the U.S. APEC Business Coalition.

“USCIB looks forward to the APEC Essentials workshop and we thank Crowell & Moring for hosting this event,” said Vice President of Product Policy and Innovation Mike Michener, who leads USCIB’s work on APEC.  “USCIB appreciates the numerous committed partnerships that APEC has established with the private sector.  These partnerships are addressing many economic opportunities, particularly on trade and regulatory issues, that will help foster greater economic integration among APEC’s twenty-one member economies.”